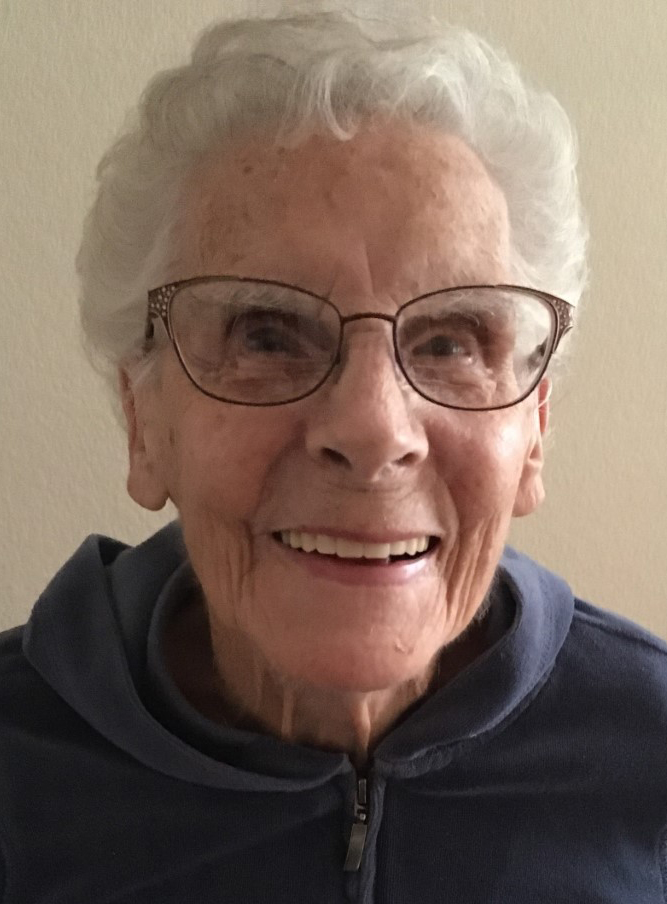 Martha Frances Michaud, 96, Roscommon, died Aug. 22, 2020, at Northern Pines Assisted Living in Grayling, in comfort, with her family by her side.

A memorial Mass will be held at St. Michael Catholic Church, Roscommon, Saturday, Sept. 12, at 11 a.m., with a luncheon to follow at the Gerrish Township Hall. Wagner and Walsh Funeral Directors, Roscommon, handled arrangements.

Her family expressed its appreciation to the staff of Northern Pines Assisted Living for their gentle, kind, caring and attentive treatment during the final weeks of her life. They are also appreciative of all that Heartland Hospice did to support her and her family during her final days and hours and of The Brook of Roscommon for the staff’s care of her during the three years she lived there.

Memorial contributions may be made to Northern Pines Assisted Living of Grayling or Heartland Hospice, 564 Progress St., West Branch, MI 48661.

She was born March 5, 1924, in Hinsdale, IL, one of eight children. Shortly after her birth, her parents, Charles and Anna Hinman moved their family to Roscommon. She grew up in Roscommon where she graduated from Gerrish-Higgins Schools (now Roscommon Area Public Schools) in 1941. She went on to graduate from Mercy College in Detroit, with her degree in nursing.

On June 25, 1960, she married James Michaud in Detroit. She and her husband moved back to Roscommon in 1962 where they remained, working and raising their family of four children.

Mrs. Michaud, known as “Marty” to many, was a lifelong resident of Roscommon. During her professional nursing career as an RN, she utilized her skills and talents in factories, hospitals, camps and clinics, but she will be remembered mostly for her private duty nursing. It is in that role that she assisted many families in the Roscommon area, providing home care and end-of-life care for their loved ones. Once she “retired,” she continued to use her nursing skills doing life insurance physicals for local agencies.

Outside of nursing, she loved to play card games and was affectionately known among family and friends as the “cribbage queen.” When not playing games, she was an avid reader, loved to walk outdoors and volunteered her time as a member of the Council of Catholic Women and as a Eucharistic Minister for the homebound at St. Michael’s Parish. She enjoyed visiting family, especially the grandkids, and listening to music, passing on her musical talents and interests to her children.

She was a woman of strong faith, who deeply loved God, and her family is comforted in the knowledge that she is with Him now, at peace and surrounded by His love. She will be greatly missed by her family and friends.

Preceding her in death were her husband, Jim; brothers, Charles, George and David; and sisters, Ruth, Mary and Catherine.

Scroll back to top