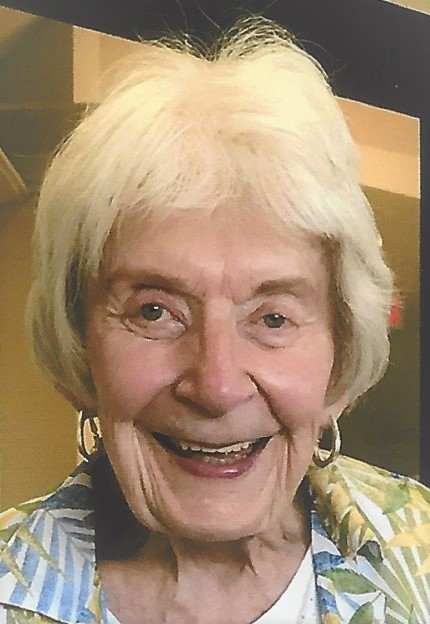 A funeral Mass was held at Our Lady of the Lake Catholic Church Sept. 16. Arrangements were handled by Paul E. Mayhew Funeral Home, Edwardsburg.

She was born in Detroit April 15, 1933, to Albert and Clare (Eger) Schumacher. The youngest of five children (her siblings were Mary Frances Therese, Rosemary, Elaine, Shirley), she grew up in the Detroit area surrounded by her family. She attended and graduated from Saint Martin High School in 1950, where she was a speedskater.

Following her graduation, she attended Mercy College School of Nursing. Upon completion of nursing school, she moved to San Francisco for two years with a friend, an experience she considered formative later in life. After this period, she returned to Detroit and resumed her nursing career in the area. She soon returned to school, pursuing a degree to become a nurse anesthetist in Lacrosse, WI.

Pioneering the profession for women in the state of Michigan, she worked for Holy Cross, Bon Secours Hospital and Cottage Health System. During this time, she became the first woman president of the Nurse Anesthetist Society of Michigan, something she remained immensely proud of throughout her life.

After a long and successful career in Detroit, she transitioned into retirement in the communities around Houghton Lake. In this new phase of her life, she was an active member of St. James Catholic Church, where she was the parish nurse, visiting the sick and homebound. Throughout her retirement at Houghton Lake, she also was a member of the liturgy committee and a member of the choir at St. James Catholic Church. She recently moved to Edwardsburg to be close to her family.

She was best known by her friends and family for her quick wit and will be remembered for her home-cooked meals, handmade knitted and crocheted gifts and baked goods.

Preceding her in death were her four sisters, Therese, Rosemary, Elaine and Shirley; in addition to her dogs, Mandy, Joy and Patches.

Surviving are her nieces and nephews across the country; and friends in the communities she touched throughout her life.

Scroll back to top